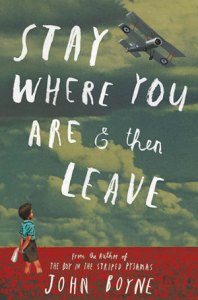 Targeted Audience: Everyone (except maybe kids)

Blurb: The day the First World War broke out, Alfie Summerfield’s father promised he wouldn’t go away to fight – but he broke that promise the following day. Four years later, Alfie doesn’t know where his father might be, other than that he’s away on a special, secret mission.

Then, while shining shoes at King’s Cross Station, Alfie unexpectedly sees his father’s name – on a sheaf of papers belonging to a military doctor. Bewildered and confused, Alfie realizes his father is in a hospital close by – a hospital treating soldiers with an unusual condition. Alfie is determined to rescue his father from this strange, unnerving place . . .

If you X-rayed me right now, you would see shards of my heart all over my chest. So before beginning this review, WARNING!: YOU WILL BE EMOTIONALLY TRAUMATIZED BY THE HANDS OF A PAPERBACK!

I love history. It’s something that surprises people for some reason. I might not know everything about history but I love knowing more about it. There is the appeal of the unknown. So I guess that is one of the reasons why I picked up this book from the library shelves.

I loved this book the moment I read the first line. The story is told through the POV of a 9 year old boy and I believe that it’s really difficult to write it cause after you grow up, you mostly don’t remember what you knew and what you didn’t know when YOU were younger. So it was really cute how he used to interpret certain things and the author has done a great job at it *claps*.

1914- The year the first world war broke out. Alfie Summerfield made his dad promise not to go to the war, but he broke that promise later that day. Georgie Summerfield would go to war and not even his weeping wife could stop him.

Joe Patience- Georgie’s best friend, who refuses to go fight a war just because the government wants him to. He is a man who sees no peace through war. And as expected, he is insulted, tortured and left to fend for himself.

Alfie Summerfield- Who goes to school only on days when they teach his favorite subjects and the other days he earns money by polishing shoes in Kings Cross Station.

Four years have passed and talks of the war finally ending have begun, yet Alfie’s mother refuses to tell him why his father hasn’t returned. She says he is working on a secret mission. But Alfie knows this to not be true. And one day as he was polishing shoes in the station he saw his fathers name on his customers file.

Apparently his father wasn’t on a secret mission. He was in a hospital.

Then why had his mother lied to him? Whatever the reason, now Alfie has only one thing on his mind. And that is to rescue his father.

If you actually think about it, it’s pretty obvious what kind of a hospital his father is in. But I was so indulged in the happenings of the book that I didn’t realize it until the author told me (as in, until I read it).

As I said, this book is written from a child’s point of view so the emotions that older people feel isn’t something that a kid completely understands. So when Alfie talks about a particular thing or a situation and if you are really paying attention, those things will make you laugh or break your heart. Because it’s been said the way he sees it. There is no sarcasm, no running around the bush. The happy or sad facts are just thrown on your face and it hurts guys, it hurts worse than an author describing the characters distress. The author has used such simple yet solid words that dig a hole in your heart forever.

And I loved it.

Every page made me cry or laugh. I mean, it was terrible! No book has ever affected me like this. I am not lying when I say that the left side of the book made me laugh and the immediate right side made me cry. I AM NOT LYING! Or exaggerating. It literally happened. I don’t like people seeing me cry. So when I cry over characters I just keep my eyes closed or look up for a second or two and I’m done. But it wasn’t like that. In this case, before I could turn away the tears were already rolling down. And usually I read on my way to school, on the bus! You can just imagine the number of people looking at me cry.

Now time for a little rant.

I knew I would fall in love with Joe Patience. I just knew it. The way he was described as, since the beginning, just caught my attention and I knew I would fall for that heartbreaking bastard! He rebelled the government and his views were so similar to mine. I just… GODDAMMIT! Does everyone love a good rebel or is it just me??

This guy here, plays a clarinet (though I think the saxophone is sexier, I still like the clarinet), is a reader (his house is stacked with books, why wouldn’t I want to marry him??), And he is just bloody awesome.

I cried for him. I mean I cried just for him, the character only. Not the plot or what was happening. Just for him. After the end of chapter 10, I just closed the book, lay my head down and cried *insert loads of tissue usage*

To be honest, I don’t know what it really was that made me love him so much. But whatever it was, I just wanted to get inside the book, knock on his door, hug him as soon as he opened his door and then give him a red rose saying that he was the bravest man ever and that he shouldn’t let himself down just because certain stupid women think that only men who do go to war deserve them. He is a hero to me.

You guys probably want me to shut up so I’m going to talk about the rest of the things that I want to mention.

I really love how Alfie believes that it’s absolutely normal for a girl to be president even though his own mother laughs at him. I’m a feminist so of course I loved that.

The description of the hospital and all the troubles of those patients will make any grown person cry. I also marveled at how Alfie was able to get in and out of the hospital so easily. He is one smart boy.

Most people talk about how honorable they felt when they fought for their country, but this book shows you the invisible scars that war leaves on people. And I think that is what people need to understand. Just because a person’s face isn’t readable does not mean that he/she doesn’t feel any emotion or in this case, just because you don’t visibly see the harm of the war does not mean it’s not there.

I have noted down certain quotes from the book. I haven’t been able to find this book on any bookstores but I’m planning on ordering it online because I really need to have it with me. It may not be the same as it was the first time but I still feel those emotions in me whenever I see it.

“It’s a big wide world, isn’t it? said Georgie. “Do you think they all hate each other on other planets too?”

(I had to stifle a cry at this part)

“Of course I was afraid. What kind of fool wouldn’t be afraid, going over to some foreign country to dig out trenches and to kill as many strangers as you could before some stranger could kill you? Only a lunatic wouldn’t be afraid. But it wasn’t fear that kept me from going, Alfie. It wasn’t because I knew I’d be injured or killed. It was the opposite of that. It was the fact that I didn’t want to kill anyone.”

OH MY JOOOOOE! *cries Niagara falls and incinerates into the sun with pain*

He’d done it for the best reason in the world. For love.

The ending of this book left me scarred with happiness… if that makes any sense. I would recommend this to everyone and anyone. Maybe you all won’t feel the same emotions that I felt. But still do read it, it’s worth it. 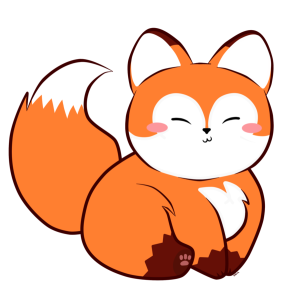 A fabulous fox for a fabulous book

Lots of love and pasta~

Hi there! This is Raven and Beez, who have passed their teen years together and have been blogging for years!

To contact us, check out our "Tell Us" page. However, we don't take review requests anymore, so please refrain from sending us any!
Happy scrolling!
Follow Raven & Beez on WordPress.com